Have you ever had one of those moments that was so pivotal in your life that you just can’t forget it?

For me, one of those moments occurred on February 14th, 2003 and I can remember the words as if it happened yesterday.

It was six short, simple words that pierced my heart like a knife, took me off-guard and changed my focus in many ways.

If you’ve known me for any length of time, you know that I like to explore various ways to make a few dollars. The traditional “9-5” just isn’t for me. I like flexibility in my schedule, I don’t like doing one thing and if I were really honest, I don’t like having boss! 😉

But attached to this need to express myself through different self-employment endeavours, there was at one time, another idea going through my mind that may not be as healthy.

The need to prove myself.

You see, when you grow up with a disability and people look at you with sympathy or pity, it starts to wear on you. I guess some people like it, but I don’t. All I’ve ever wanted to do is prove people wrong when it comes to their expectations of me.

People just don’t expect much from people with disabilities – which bothers me.

Somewhere along the way, I figured that if I could have money, money would buy me stuff and that stuff would prove that I was “somebody.”

I wanted money and I wanted stuff, so I could prove to the naysayers that I DID have what it takes to succeed.

So, fast forward to purchasing a grocery store in 1999 when I was 21. I thought I was a pretty big deal – even though it was just Oil Springs! I had “status” and I had some stuff.

For a time (measured in months), I had money and I had what I perceived as “power” – Finally, I was showing people what I could do.

Then, of course, things took a turn and I ended up in a pretty tight spot.

The thing is, I was determined to build my empire. That little store was supposed to be the first step in building my empire. Seriously. I had figured that I would be a millionaire by 30.

Once that ship sailed, I turned to other ways to make my fortune but that didn’t pan out either.

In the process of this painful time, I became focused on this whole “wealth” thing. It was a complete obsession and at the time, I was working in a setting that glorified this obsession, so I was convinced this was okay.

My obsession would not have been noticed by most people around me, except to those closest to me, which at the time were very few people. Joy and I had been dating for a few years, we were engaged to be married in a few months and I was being a complete idiot.

I’m sure Joy got tired of me talking about the various ways that I could get rich and the fancy things I could buy with the money that I didn’t yet have. I figured talking about it might make it come to fruition in some strange way.

Houses, cars, clothes and the list goes on. I “NEEDED” this stuff.

So, what do you do on Valentine’s Day when you’re broke, but you want to convince yourself that you aren’t?

You take your fiance out for dinner at the Mandarin on Valentine’s Day, that’s what!

Instead of a more appropriate dinner at say…Wendy’s, we went to the Mandarin to spend $75 that I didn’t have, but it was all about the illusion, even in my own mind.

I’m not sure who I was trying to impress since Joy knew I was broke, but in my head at the time, this made sense.

But, like many things in life, the Lord orchestrates events to sometimes show you or teach you something and this was one of those times.

Once we were seated, we made our way up to the buffet to start filling up on all kinds of good healthy, MSG-laden Chinese food and then back to our seats.

Because it was Valentine’s Day, the place was packed. We were seated in one of the back rooms, fairly close to another table behind us. It was so close that we couldn’t help but overhear their entire conversation.

Sitting behind us was a couple, likely in their late 40’s, dressed nicely. In the course of the conversation, we learned that the woman was a primary school teacher and she loved her job. She felt that she was making a difference in the lives of the little kids she taught.

The man was in some sort of business where it seemed like he had the ability to make lots of money. And that’s all he talked about the entire dinner. His phone rang a few times, he answered and quickly barked out instructions to the person on the other end of the phone.

In between calls, he talked about how much money he would make from this deal or that deal and what that meant for other things they could acquire. He took a few cheap shots at her love for her job, suggesting that making money was more important.

Honestly, he was one of “those guys” that you just don’t want to be around, like a pushy used car salesman. It was over the top.

And then it happened…

At one point I finally said to Joy. “Do you hear this guy? Like, what a jerk. All he cares about is money…”

And without skipping a beat, Joy looked at me and said these 6 words.

It took me by surprise and I needed a minute to process what she just said.

For the rest of the dinner, we had a “debrief” of how I got to that place in my life where this was my obsession and it was a very helpful, freeing conversation.

I remember walking out of the Mandarin feeling like a weight had been lifted off my shoulders. Of course, I was still broke – and now $75 more broke than when I walked in, but the conversation started a process of rebooting my brain and my thought processes.

I wish I could say that I got it all sorted out that night, but I didn’t. But, what did happen is that I became aware of my materialistic tendencies so I could begin the work of deconstructing faulty patterns of thinking.

And over time, my “want list” started to shrink

Of course, this event was 17 years ago now and much has happened between now and then, but one positive change in my life since then is that my list of things that I want has shrunk.

I can recall back then having a pretty sizable list of things I would like to acquire. Luxury items, status symbols, cars, clothes, electronics and so on.

Today, I’m not sure if there’s anything that I really want that much.

We have 2 cars that run well, even though one of them is 12 years old.

We have 2 cats who keep us entertained.

I absolutely hate shopping for clothes. I basically go to Old Navy or Walmart once a year, buy about 4 shirts, 1 pair of shorts and a pair of jeans and I’m good to go for a year. Christmas and birthday presents make up the rest.

What more could a guy want?

Well. One thing: I really like Maserati’s, but it’s because I’m a car guy and I’ve liked them for a while now because of their design and the sound of their engine But, I’ve come to accept that it’s highly unlikely that I will ever own one! I’m OK with that. 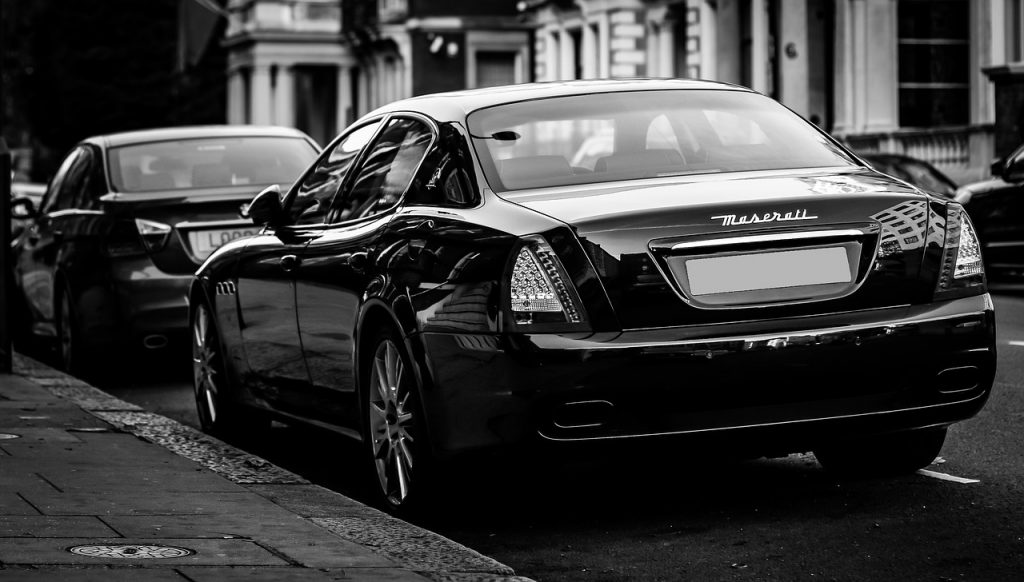